Together, We Make A Big Impact

The learnings we impart, the livelihoods we generate, the hunger we eliminate – every effort goes on to impact lives. A positive difference. We strive every day to make this equation work, and it only works with great collaboration.

Since 2014, Big Heart has assisted over 970,000 beneficiaries by providing $46.2 Million worth of Emergency Assistance in the form of food kits, Ready to Eat (RTE) food rations, essential NFIs, cash vouchers, and multi-purpose cash grants (MPCGs).

To date, Big Heart has implemented 30 projects under our emergency program, funded by various donors. Big Heart is currently implementing
emergency-based grants with IOM and ECHO to deliver Emergency Assistance in Northwest Syria.

Our work in Syria is focused on 6 key missions:

Life-saving emergency assistance has been at the forefront of Big Heart programing since 2012.

Gravity of the worst crisis in a century:
• 13.4 million people remain in need of humanitarian assistance:
• 6.7 million people internally displaced by conflict
• 6.6 million Syrians forced to flee and become refugees

distributed by transfer / voucher to people in the greatest need

Big Heart’s comprehensive three-tiered approach to education has brought about real results for children and families. We are deliberate in improving teaching and learning, promoting student wellbeing and protection, and strengthening educational access and resources.

• Assistance to students in formal and informal education platforms, including
out-of-school children
• Provision of psycho-social support to children traumatized by war
• Rehabilitation and maintenance of school buildings and facilities
• Provision of teaching and learning materials, student and teacher kits
• Psycho-social support training for teachers, parenting workshops, structured
recreational activities for in and out-of-school children

across 14 schools and informal education settings

At Big Heart, we understand the significance of a healthy economy and a sustainable livelihood. Our leadership team has extensive experience and a robust network in the public and private sectors, both regionally and globally. We promote entrepreneurship by aiding the development of 300 small businesses via micro-grants, piloting peer-to-peer networks, and supporting packages to facilitate start-ups and business investment. Business assistance prioritizes the most vulnerable, including female-headed households, and a diverse array of local business:

including food, agriculture and water vouchers to 7,430households

and entrepreneur support packages to 300 households

Our efforts go beyond field work. Since the beginning of the Syrian conflict, we have leveraged our unique understanding of Syria to decode complex realities, encourage problem-solving, and create inclusive long-lasting solutions locally with humanitarians on the ground and internationally with high-level stakeholders, policy-makers, and donors. 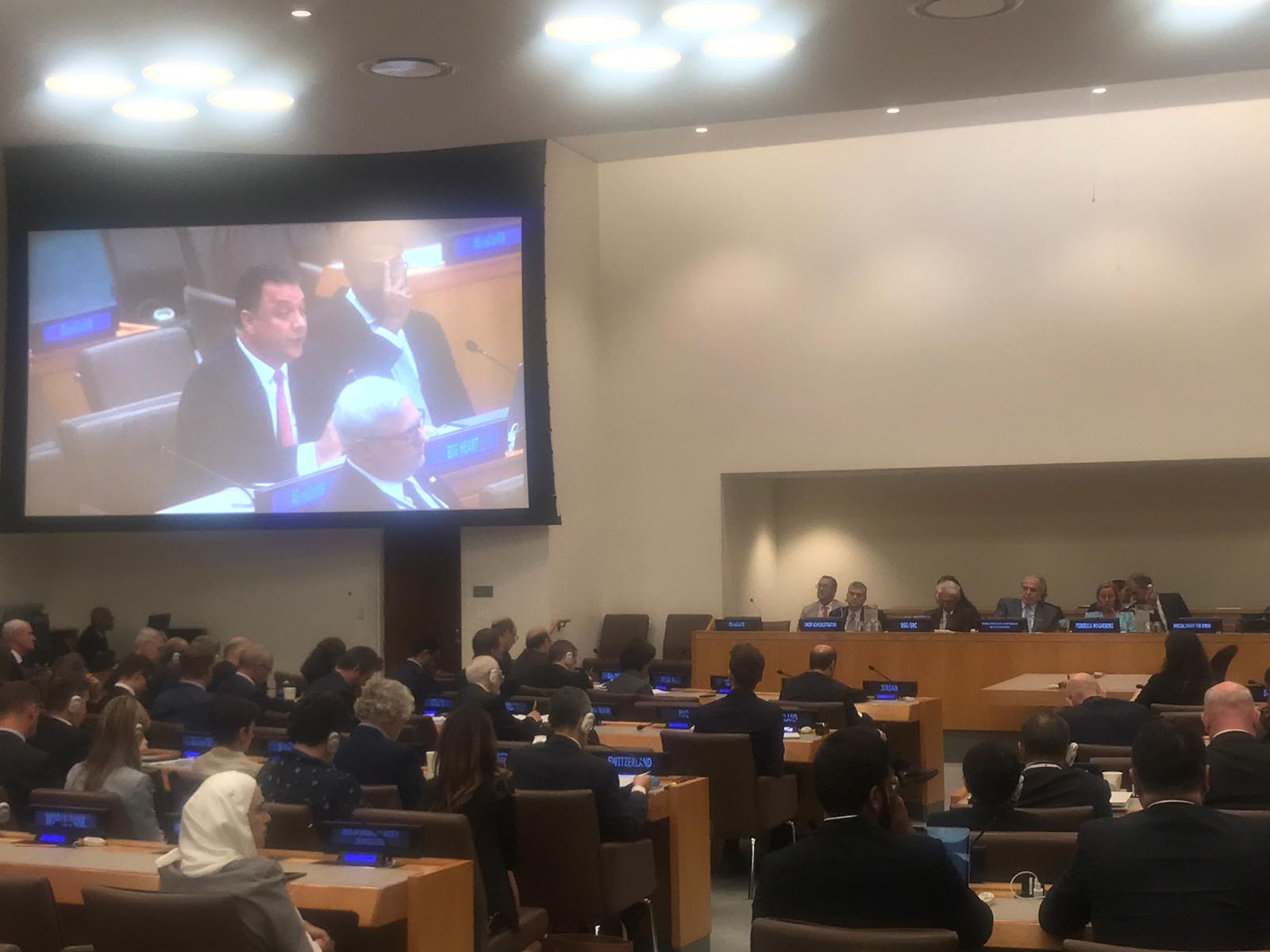 Engagement with the United Nations
In 2012, Big Heart was one of the first Syrian diaspora NGOs to positively engage the United Nations, prior to the UN Security Council resolution on cross-border operations. We were part of the first Humanitarian Liaison Group, a strategic body for cross-border operations from Turkey. Big Heart opened the door for increased participation of Syrian organizations in the relief architecture overseeing the humanitarian response in Syria. Since the earliest days of the conflict, we have engaged the UN for better representation of Syrian organizations and the Syrian people in UN-led coordination structures.

UN General Assembly
Big Heart was selected to represent Syrian humanitarian organizations at the UN General Assembly EU High Level Meetings in 2018 and 2019. These fora were attended by foreign ministers and facilitated discussion of urgent policy toward the Syrian conflict and the resulting humanitarian catastrophe.